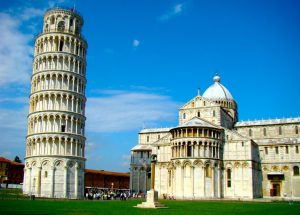 Europeans changed their travelling habits this year by opting for safe destinations, including a stagnation in sun & beach holidays, while going on more city trips. European destinations had mixed results and welcomed fewer Asian visitors this year. However, after challenging times in 2016 prospects for 2017 look better. Those were some of the results of the 24th World Travel Monitor® Forum in Pisa, Italy (November 3-4).

Outbound travel by Europeans grew by 2.5 percent in the first eight months of 2016, according to World Travel Monitor® figures. Outbound trips to destinations within Europe increased by 3 percent as travellers stayed closer to home, while trips to Asia grew only 2 percent and there was a 1 percent drop to the Americas. Top performers in terms of outbound growth were Poland and Ireland (both +7 percent), UK, Netherlands, Spain and Denmark (all +6 percent) while the German market grew by 4 percent, according to World Travel Monitor® figures.

The number of holiday trips by Europeans increased by a moderate 2 percent but there was a high 10 percent increase in the number of visits to family and friends (VFR) and other leisure trips abroad. “This suggests that a significant number of people preferred the safety of private homes to commercial accommodation this year,” commented Paco Buerbaum, CEO of IPK International.

Changes occurred in the types of holidays taken by Europeans between January and August 2016, according to World Travel Monitor® figures. The number of sun & beach holidays stagnated, while touring holidays fell by 5 percent yet city trips went up by 15 percent. The overall average spend per trip was stable at 910 euros.

Dr. Martin Buck, Messe Berlin’s Senior Vice President, commented: “The flat growth for beach holidays reflects the concerns of many tourists about visiting some destinations that have experienced terror attacks. Some countries are growing well, and others are really struggling. However, the strong growth for city trips shows that Europeans are not being scared away from visiting cities.”

Meanwhile, European destinations certainly felt the wind of change during 2016 with fluctuating fortunes. In the Mediterranean, countries such as Spain and Portugal welcomed many more tourists from abroad while Britain enjoyed an increase of over 8 percent in international visitor numbers largely due to the weaker pound. But heavyweights such as Italy, Greece and Germany generated only low growth of 1-3 percent, according to World Travel Monitor® figures. The big losers this year after suffering terror attacks were Turkey, France and Belgium. Moreover, Asian trips to Europe declined by 1 percent, World Travel Monitor® figures showed.

These trends are also reflected in figures from the World Tourism Organization (UNWTO) which show that growth in European tourism slowed this year following the various challenges that the continent’s tourism has faced over the past year. International arrivals grew by 1.6 percent between January and September 2016, according to the UNWTO World Tourism Barometer. This was significantly lower than the good growth of 4.6 percent seen in 2015 as a whole.

There was a diverse picture over the first nine months of 2016 in terms of sub-regions and individual destinations. Northern Europe (+6.4 percent) and Central and Eastern Europe (+5.3 percent) both performed well, with double-digit increases in countries such as Hungary and Ireland, according to UNWTO figures. In contrast, results were weaker in Western Europe (-1.3 percent) and Southern Mediterranean Europe (+0.4 percent). Strong increases for major destinations such as Spain and Portugal were offset by weak results in France, Belgium and Turkey.

The outlook for European outbound travel in 2017 appears more optimistic. IPK expects this year’s trends will remain broadly the same next year. “People will still go for holidays, they are just changing the type of holiday and the destinations. They are going to places that they perceive as safe,” said Buerbaum.

IPK currently predicts a 4 percent rise in European outbound trips in 2017, based on its European Travel Confidence Index which measures travel intentions for the next year. Confidence is highest in Ireland (+8 per cent), Denmark and the UK (both +7 percent), while the outlook is also above average in Finland, Belgium, Switzerland and France. In contrast, Germany looks set for about 2 percent growth along with Russia.

At the annual World Travel Monitor® Forum in Pisa, initiated at the invitation of consultancy IPK International and sponsored by ITB Berlin, around 50 tourism experts and academics from around the world present the latest figures and current trends in international tourism.